Since my last visit to the Norman’s place over three months ago, AM274 has undergone a dramatic change: She now has wings! 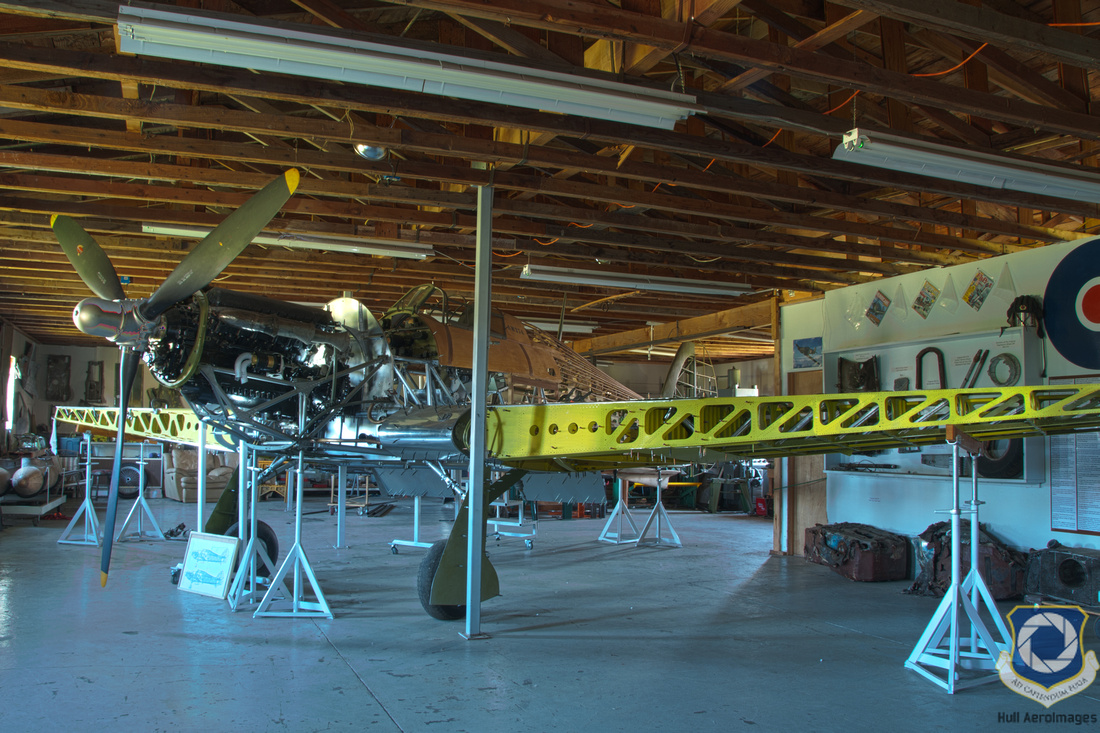 John has hung the wings on the airframe for a while so that he can finish alignment of various components and fit check others. As she stands now, AM274 looks like a complete aircraft, but there is still much work to be completed. In a while, the wings will be coming back off and be prepped for their skins, and all of the woodwork will need to come off for final positioning and assembly. 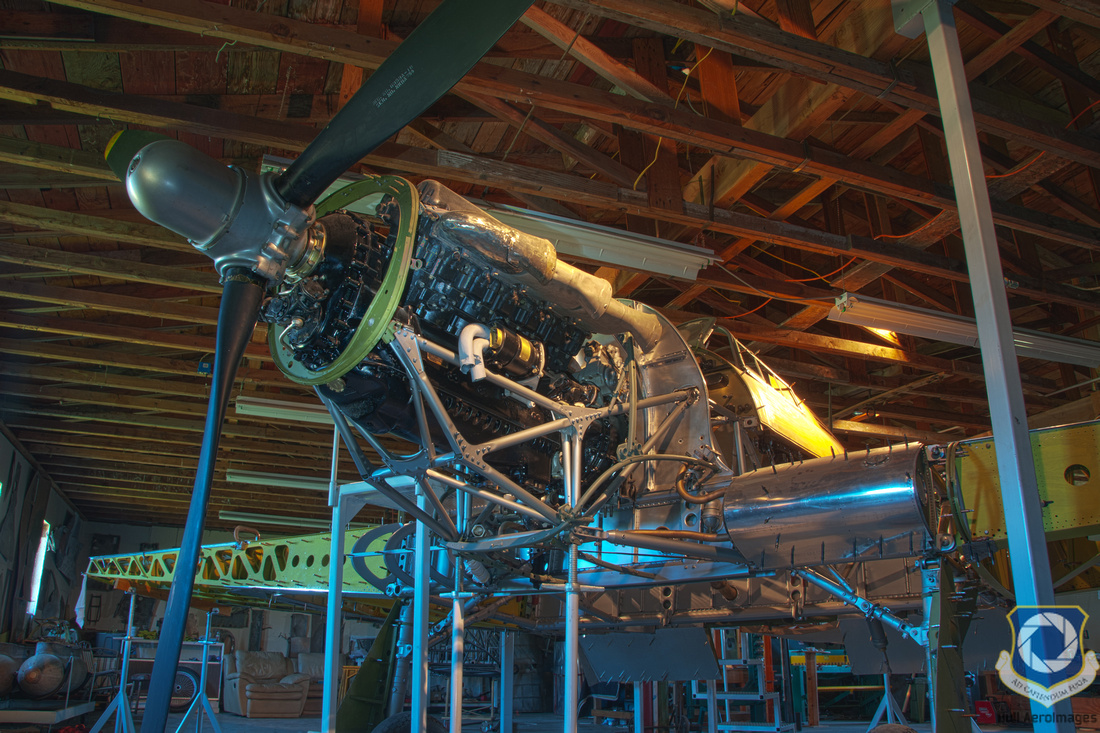 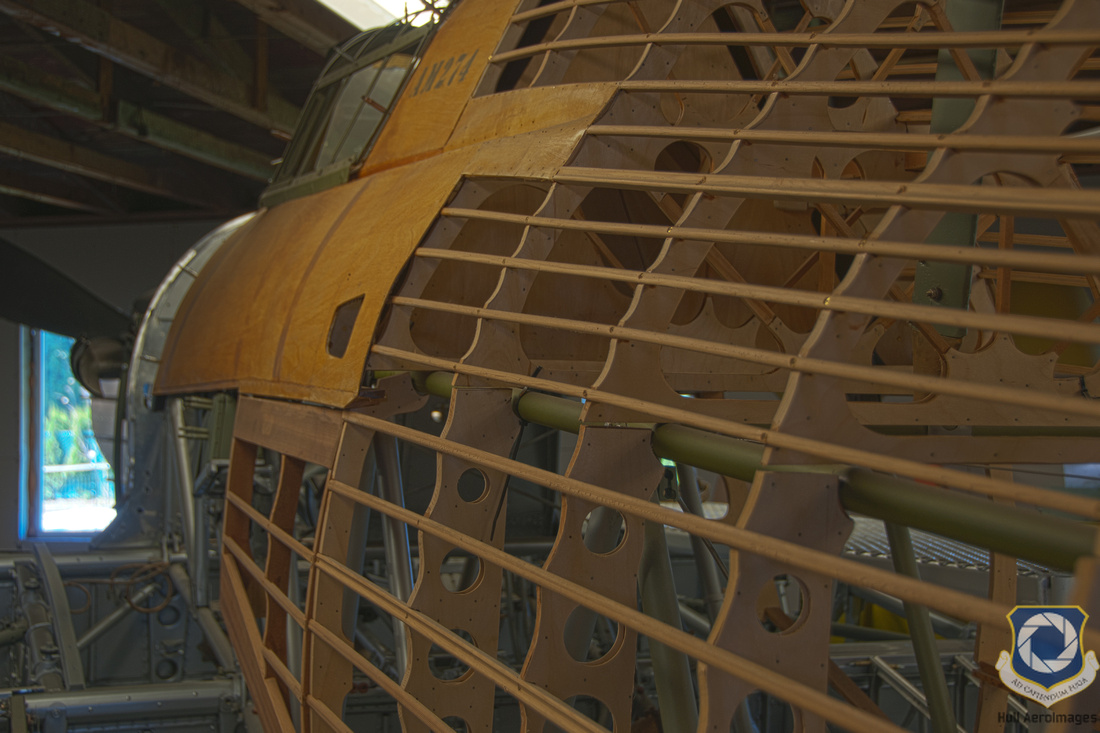 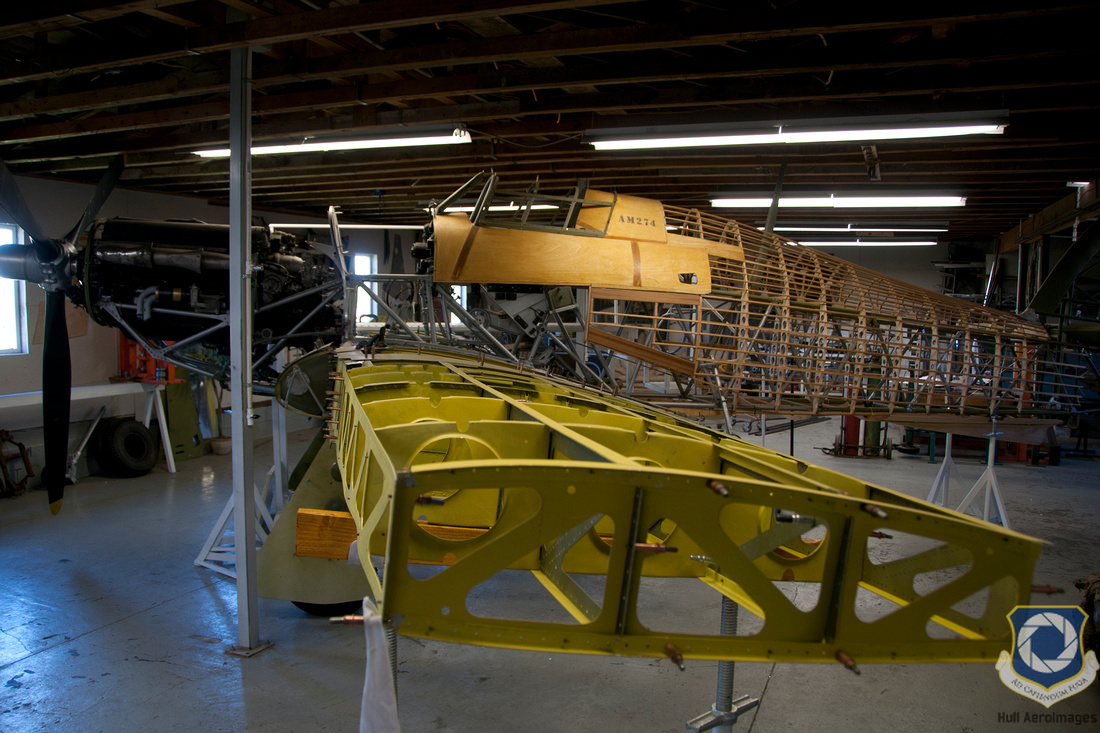 John has also shown me, with great excitement, some gems that have been found during the process. While pulling off the original, corroded wing skins, he discovered factory graffiti from 1941, still remarkable legible in its original pencil. I have been told that it is there intend to faithfully replicate this in its original location on the new skins when they go on. Another discovery was a .303 round from one of the gun bays. “When I was moving the wing to join it with the fuselage, I heard a clinging sound and looked down. There in a pile of metal shaving that fell from the wing was a .303 caliber machine gun round! This live round came from one of four Browning .303 machine guns mounted in each wing. It is a noteworthy discovery, as AM274 only had her Brownings for a few short months prior to the Soviets taking possession of the aircraft. Once in Soviet hands, she was outfitted with a ShVAK 20mm cannon and a UBT .50 machine gun in each wing. 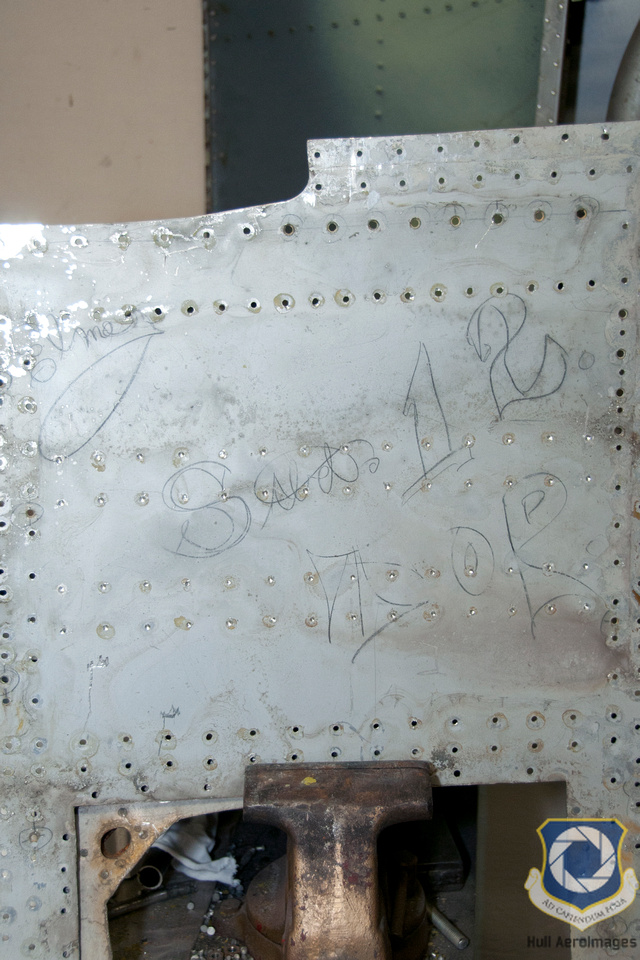 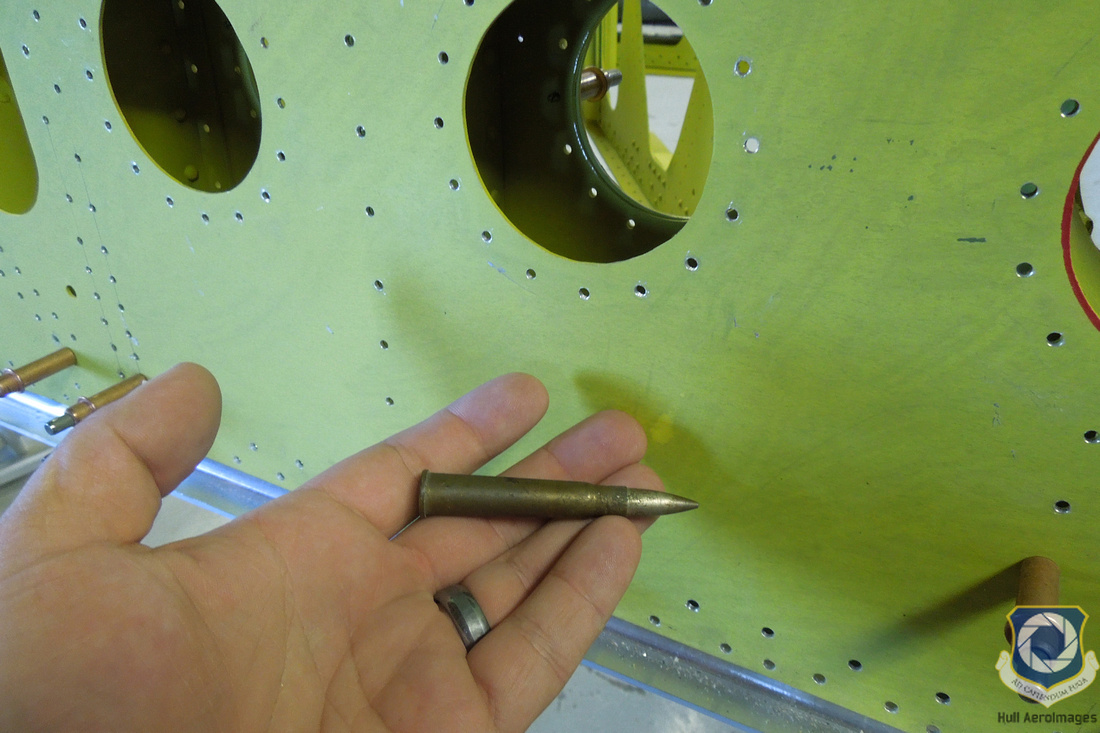 As always, to be updated in the near future, so check back!