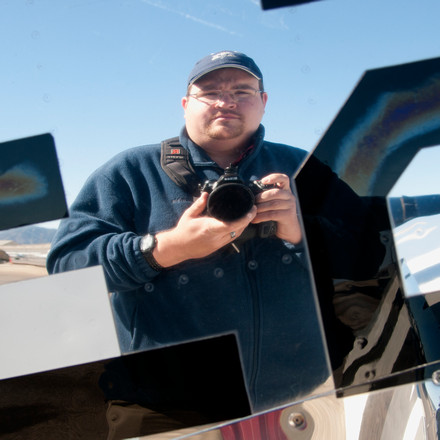 Growing up in Western Washington, Kristopher L. Hull always had a passion for aviation. From an early age, he dreamed of being involved in the aerospace industry in one way or another. That passion continued through a move to Florida, where he lived in the shadow of NASA’s Kennedy Space Center on Merritt Island. Throughout middle and high school, Kristopher was weekly, and sometimes daily fixture at the local general aviation airport. While in high school, he even had the opportunity to take flight lessons, nearly completing his pilot’s license. It was in Florida when he first discovered his love of photography through an old Pentax K1000 35mm film camera in the late 1990’s. That camera accompanied him to many airshows and on many flight lessons.


Upon a move back to the Great State of Washington, Kristopher jumped whole heartedly into pursuing a career as an aircraft mechanic by obtaining his FAA Airframe and Powerplant License. Kristopher has spent the past eight years working as a mechanic for various leading repair shops, airlines, and now a large aircraft manufacturer. In 2004, Kristopher reignited his passion for photography when he obtained another SLR camera, and began pursuing it has a hobby. In 2011, he decided combine his passions for aviation and photography by forming Hull AeroImages. His photography has been featured in various publications such as Warbird Digest, General Aviation News, Classic Wings, and Air Classics

Hull AeroImages’ goal is to Capture the Magic of Flight, One Image at a Time, and share it with the others.